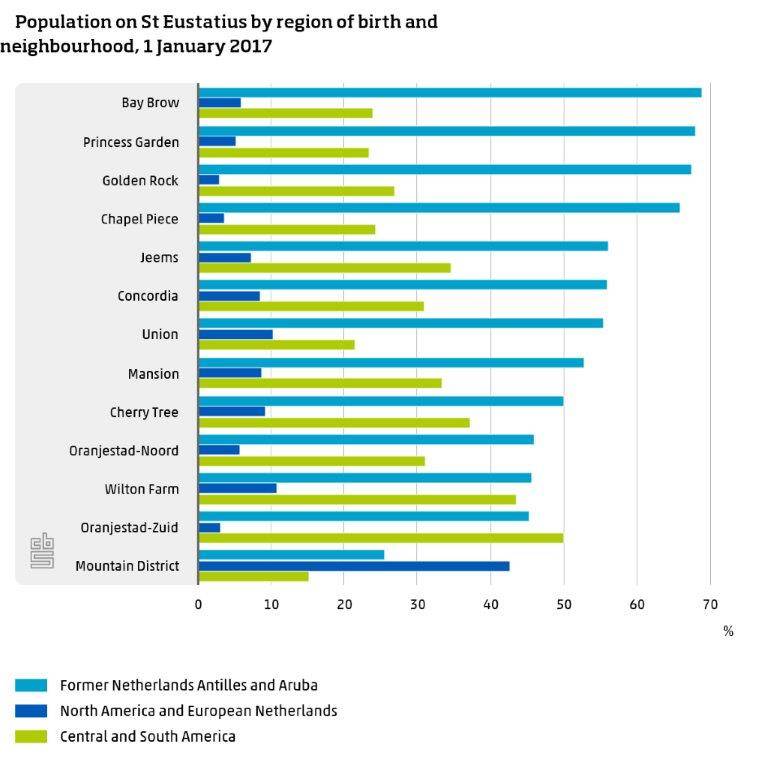 The differences in Saba are not so large. Proportionally, people born in the former Netherlands Antilles and Aruba live most frequently in St John’s and least frequently in Windwardside. Windwardside is popular among immigrants from North America and the European Netherlands. Many people with an own home business reside in this neighbourhood; the houses here usually are slightly bigger. A relatively large number of immigrants from Central and South America live in St John’s. 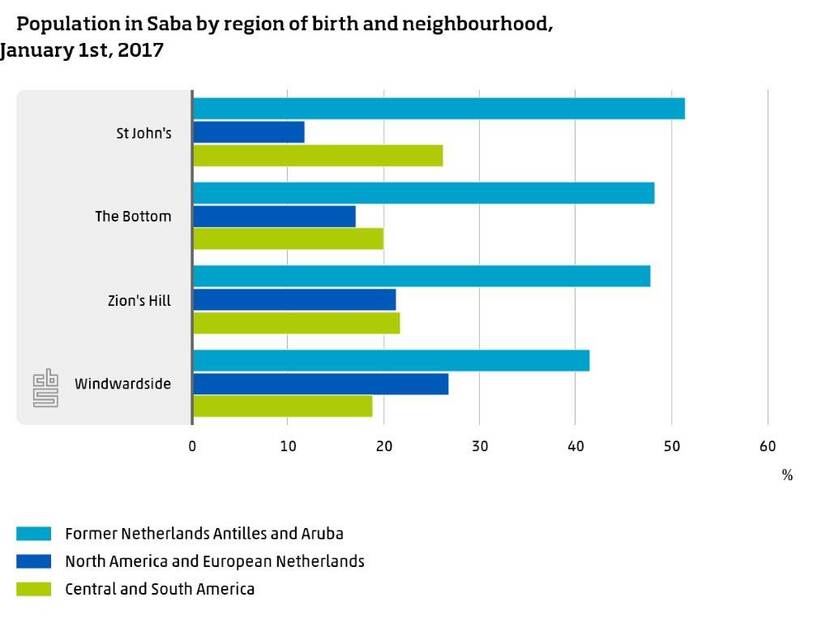