In this film we see how the relationship of two people has become imbalanced.

They were once love-struck teenagers. Nelson and Sharine were in the same class. She was quickly taken with him. Sharine, blessed with a strong will and a way with words, did not lose any time and before Nelson knew what was happening, he was a married man. The marriage began well and Sharine wanted to start a big family, this was her long cherished dream since childhood. The marriage came under pressure when it turned out that the pregnancies could not be carried to term. After several miscarriages, the relationship between Nelson and Sharine changed drastically.

“A small life growing in my belly under my beating heart. A baby to hold and to love, that's all I want. I’m being denied this. It’s killing me. The pain is clawing and mauling at me like a ferocious monster. It’s eating me up from the inside and no one notices.

Sharine does not know how to cope with her sadness. She keeps her feelings hidden from the outside world. She tries to give her life meaning by doing a lot of babysitting for family and friends but she is being torn apart on the inside by the pain of her own childless existence. She takes out her bitterness on her husband.

“The way she looks at me. A look filled with so much rejection, actually a look of disgust, that's painful! I really try. I work and do my part of the household chores, try to stay calm, but I can’t do any good. She can only yell at me.” 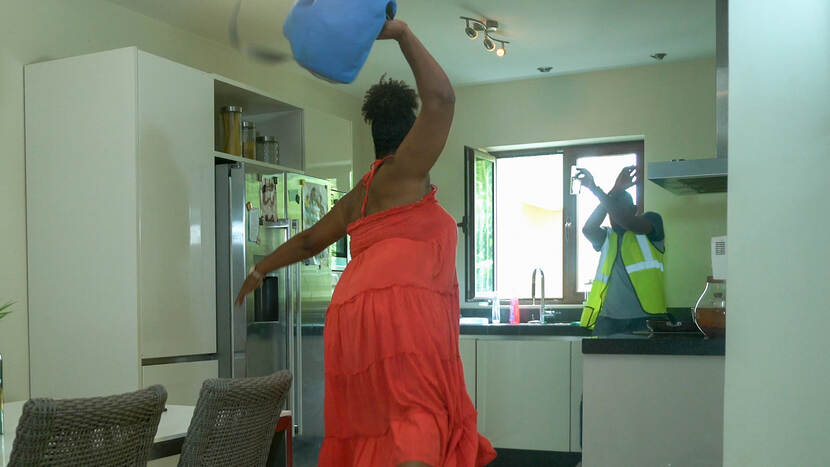 The mental abuse slowly crept under Nelson's and Sharine's skin. Nelson initially tries to help and care for Sharine. He understands that her sorrow is deeply rooted but after pregnancy has failed for the second time, Sharine slowly but surely starts to turn away from her husband. It starts with subtle innuendos made by Sharine. Small barbs in which she lays the blame for the pregnancy losses at Nelson’s feet. Sharine temporarily distracts herself from her own pain by expressing negativity.

The humiliations which her husband has to endure become increasingly rude. Slowly but surely the mental abuse takes shape, a fish trap which Nelson unknowingly swam into. He no longer knows how to react and he too struggles with the situation. Sharine's truth has quietly become his truth. His self-confidence has disappeared. He feels worthless. It has become self-evident that she dominates him and that he is yelled at. 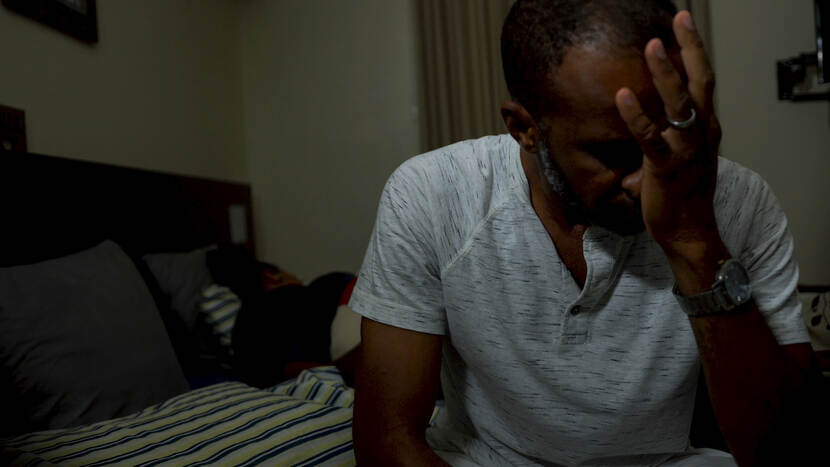 Together they fell into a negative spiral in which reproaches and disrespectful behaviour have become the standard. The boundaries of normal behaviour no longer exist and Sharine’s dominant behaviour worsens, unknowingly supported by her husband's way of reacting.

Nelson's energy has changed. The friendly, loving man no longer exists. He has become an insecure, hesitant, somewhat frightened man. He is constantly on his guard for Sharine's next tirade of abuse. Fuelled by Nelson’s behaviour, Sharine, in her turn, becomes increasingly violent. Both have lost grip and are stuck in a pattern which is hard to break.

Do not be afraid to lose the shame

There is a great taboo on abuse of men. The barrier to report this is very high. Many people do not understand that men, who generally are physically stronger than women, allow themselves to be belittled or hit. People are quick to react with disapproval or amusement.
Social pressure dictates that men should be strong and should solve their own problems. As a result of which, the barrier to report domestic violence is even higher, if that is possible.

What kind of help is available?

In case of abuse, it is possible to take the voluntary training course ‘Kas Sigur’. Themes like acknowledging feelings, anger, values, listening, taking a time-out in time in order to prevent an escalation, but also assertiveness are covered in a number of sessions. The training mainly focuses on the behaviour of the ‘offender’, in this case that would be Sharine, while also involving the victim. It is an intensive process, which can be requested via The Victim Support Office (Bureau Slachtofferhulp), the Centre for Youth and Families (Centrum Jeugd en Gezin) or Integrated Neigbourhood Approach (Integrale Wijkaanpak).

Another option is asking a referral via the general practitioner for interviews with a psychologist. Personal motives can be examined and relationship therapy can be offered then.

In case there is no violence yet but there is an imbalance in the relationship, the Centre of Youth and Families can also offer assistance.