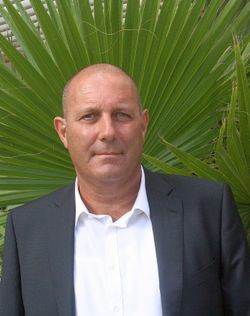 The Kingdom Representative also monitors the decisions of the islands, for example staff appointments and the financial remuneration of the political fractions in the Island Council.
For the Minister of the Interior and Kingdom Relations, he checks to see if public entities take any decisions that are in conflict with the law or public interest. He also makes sure that the Lieutenant Governor is appointed in accordance with the rules and takes action when the island government is not doing its job properly. All in all, the Kingdom Representative must help promote good governance.

The Representative of the Kingdom works on Bonaire as well as on St. Eustatius and Saba. He does this partly from his office on Bonaire, but he is also regularly on Saba and Statia (local name for Sint Eustatius). During his working visits, he speaks with administrators, civil servants, entrepreneurs and politicians and with people who are active in society. During his visits he tries to be on location as much as possible and as little as possible in the office. If the Kingdom Representative is not on St. Eustatius or Saba, he is in regular contact via telephone, e-mail and video conference.